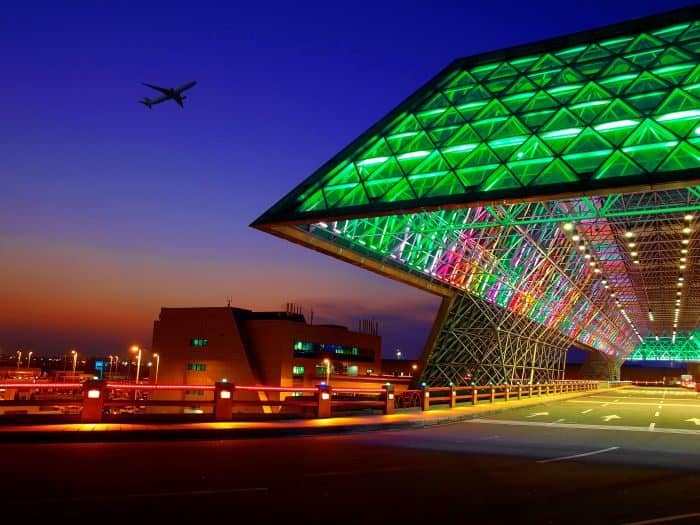 In professional applications such as entertainment and theater lighting, manufacturers of color-mixing luminaires can draw on a broad palette of color LEDs. With a range of primary and non-primary LED colors to choose from, they can enable good color rendering while maintaining high saturation for the primary colors: red, green, and blue.

While most LED suppliers offer a variety of red, blue and green LEDs, Lumileds also offers two unique colors – Lime and Mint – and each provides additional color-mixing options. Lime and Mint LEDs enable manufacturers of color-mixing luminaires to produce higher lumen output and lumen per watt performance than can be achieved with primary color LEDs.

More important, however, is the ability to produce high-quality and efficient white light in a color mixing application without sacrificing saturation. With the right LEDs, fixture manufacturers can add market value, improve performance, and develop signature lighting schemes that were never before possible.

The creation of Lime and Mint LEDs came in response to the challenges faced with implementing conventional RGB color mixing while maintaining high power efficiency. The problem is that of the three primary colors, red, green, and blue, the green LED is the least optically efficient – an inherent characteristic of the semiconductor material that emits green light.

At the same time, the human eye is most sensitive to the green portion of the visible light spectrum. Ironically, the LED with the lowest efficiency, the green LED, makes the biggest contribution to the perceived brightness of a color-mixing luminaire. Therefore, in an RGB system with a limited power budget, the luminaire’s ‘punch’ – the perception of how bright it is – will be compromised by the low output per watt of the green LED.

A separate but equally important effect of the direct green LEDs in RGB systems is a relatively low color rendering index (CRI) score. The low CRI score is due to the narrow spectral distribution of the green LED and its relative distance from the blackbody curve, resulting in poor rendering of unsaturated green hues.

Lumileds created two solutions to this problem: The Lime LED and the Mint LED. Either or both can be used in place of or alongside a green LED. Lime and Mint LEDs are phosphor-converted (PC) blue LEDs, just as a white LED is a phosphor converted blue LED. Blue LEDs are much more efficient than green LEDs and as a result, the flux and efficacy of a Lime or Mint LED is substantially higher than that of a green LED for any given drive current. For instance, the minimum luminous flux of the direct-green LED in the LUXEON C Color Line at a drive current of 350mA is 90lm. For the Lime LED, it is 125lm, and for Mint, 140lm.

So, in color-mixing applications, the use of Lime or Mint improves efficacy. They also enable color-mixing fixtures to achieve a higher CRI score, even 90+ CRI, because Lime and Mint have much broader spectral coverage than a direct Green LED. In fact, an Amber or Red LED in combination with a Lime LED can be used to create a high-quality, efficient white luminaire. The Lime LED’s broad spectral power distribution inherently includes a residue of blue to enable the above.

Some suggest that an RGBW (Red, Green, Blue, White) solution could achieve the same result. In fact, an RGBL or RGBM solution is better balanced than RGBW and the primary reason is the already mentioned weakness of green relative to blue. In an RGBW system there is always too much blue. This is resolved by using either Mint or Lime instead of White. You still get the broad spectral distribution of the white LED and you get the benefit of higher light output for the same number of LEDs.

The selection of LED colors in a color-mixing fixture will always be affected by the requirements of the application: in theater and entertainment lighting, for example, color saturation at the furthest extremes from the blackbody curve will be a key LED attribute. The highest level of color saturation is required to ensure that the most vibrant reds and verdant greens create a dramatic impact. Direct green LEDs provide the highest saturation of pure green. In many cases, a combination of Lime or Mint with direct green LEDs provides the ideal balance of punch, efficacy, saturation, and color rendering.

Lime and Mint are finding their place in other applications too where green is required but not at the saturation level provided by a direct green LED. Lime has turned out to be a favorite for use in aquariums and coral tanks.

Whether the application calls for Lime, Mint, or both, the garnet-based phosphor used to convert the blue pump LED’s output to Lime or Mint is highly stable over time and temperature and thus can be used in systems operating at a high drive current. So, in addition to providing an advantage in terms of efficacy and color rendering, Lime and Mint LEDs help fixture manufacturers achieve high standards of quality and reliability over the lifetime of their products.

Lime and Mint LEDs are available in three of Lumileds’ color LED portfolios:

A story that deserves to be told

Manufacturers of color-mixing luminaires have come to see Lumileds Lime and Mint LEDs as the ‘secret sauce’ that enables them to add value by achieving a higher level of performance, color rendering and confidence. As lighting designers and manufacturers collaborate to create new lighting experiences, Lumileds will continue to create innovative LEDs that deliver never before possible lighting solutions.