At CES 2018, Ford’s CEO James Hackett delivered the opening keynote speech, where he addressed how the future of smart cities will demand more of smart vehicles and how this will be driven by new enabling technologies, such as Automated Driving (AD), Artificial Intelligence (AI) and Internet of Things (IoT). He gave some examples on what Ford has been recently doing, such as their partnership with Lyft for self-driving taxis, in addition to a new partnership with Postmates for self-driving deliveries, which operates over 150,000 delivery vehicles U.S.

Professor Michael Sandel of Harvard University, challenged the audience with some questions:

These raise fundamental questions about personal freedom and privacy, which also need to be addressed as smart cities evolve. For example, the fact that Uber tracks all of your personal data location history raises concerns for many. Will such practices ultimately be accepted or rejected by consumers? That is to be determined. 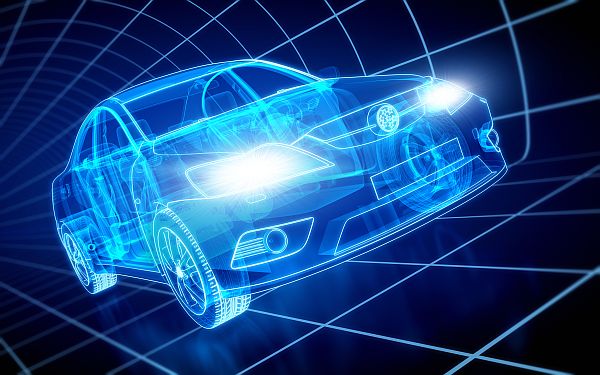 There are a few key light sensing technologies enabling self-driving cars that we saw at CES that we think are worth keeping track of:

This safety application of surveilling the driver’s status (distraction, fatigue) is a key stepping-stone towards autonomous driving. Market commercialization is in its early adopter’s phase but will show rapid penetration by 2021. It is also incentivized by Euro NCAP, which mandates DMS implementation for top safety ratings from 2020 onwards and the U.S. NTSB recommending DMS for semi-autonomous vehicles. Key enabling technologies here are IR LED with ToF camera sensing. In next generation DMS products, IR LEDs will likely be succeeded by superior in application performing IR VCSEL technology. Deepening the understanding of the intricate application requirements is key in developing future fail-safe DMS systems.

LIDAR (Light Distance and Ranging) sensing by means of IR light will become one of the key enabling sensor technologies for automated driving, complementing visual cameras and radar. First generation systems with mechanical scanning mirrors to enable 360 degree viewing angle have facilitated initial application learning and feasibility testing. Moving the technology now into an economic viable commercial product, we see that solid-state flash LIDAR has become the dominant solution architecture. Hereby, infrared light from a pulsed Laser Diode (array) source is being projected or scanned via a MEMS mirror onto the car’s surrounding. Via a Time of Flight (ToF) measurement of the reflected optical signal onto a photo detector array or matrix, a rich point cloud data set can be generated containing accurate position and distance information of detected objects (such as other cars or road users, crossing pedestrians or animals, obstacles on the road or even potholes in the road surface) and due to its high resolution it allows an adequate classification of these detected objects. Future system architectures might evolve to a full solid-state laser VCSEL matrix based illumination, which can further improve detection range, resolution accuracy while simplifying the solution architecture and lowering system cost. In most of today’s autonomous driving test vehicles, multiple Lidar sensors are put on the four corners and sides of the car to cover the full surroundings of the car, as such still a full 360 viewing angle can be realized.

Currently the competitive market landscape for LIDAR module manufacturers looks very crowded with a multitude of start-up companies backed up by venture capital, with each trying to position its proprietary technology and differentiated solution to full electronic system integrators and OEM carmakers. LeddarTech appears to be in the forefront of competition, having created quite an extended eco-system of co-development partners.